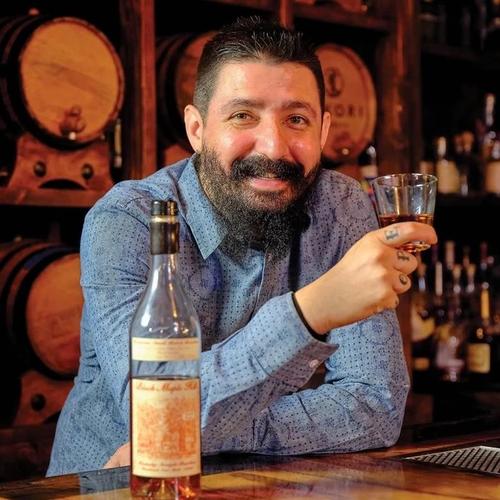 Dusty grew up in Kailua, Hawaii. After graduating from Kamehameha High School, he spent a year volunteering in the inner city of Chicago with different non-profit groups. Upon his return home, he attended the University of Hawaiʻi at Mānoa pursuing a degree in Fine Arts. During this time, he began his journey in the hospitality profession. While working at The Old Spaghetti Factory, The Kahala Mandarin Oriental, and Alan Wong’s he was introduced to some of the most influential mentors of his career. The hospitality industry was able to expose him to the world’s culture through food and beverage. Between his mentors, the world’s culture, and his newfound passion for finding joy in making other people happy through hospitality, Dusty was hooked. At this point the dream to own his own restaurant was sparked and he set out to become a restaurateur.

Dusty worked with the historic Indigo and Brasserie Du Vin as well as with Master Sommelier, Patrick Okubo at Formaggio Grill and was able to obtain the Certified Sommelier status with The Court of Master Sommeliers. During his at the manager of Formaggio Grill, Dusty met his dear friend and future business partner, Chef Jesse Cruz. Before pursuing his dream of opening and operating his own restaurant, Dusty worked in San Francisco-based Michelin Star restaurants. Upon his return in 2012, he and Chef Jesse Cruz partnered to create Breaking Bread Hospitality. They opened Lucky Belly followed by Livestock Tavern and Tchin Tchin! Bar.

After parting ways with Breaking Bread Hospitality Group, Dusty had the opportunity to work with different restaurant groups in either re-conceptualizing or opening new ventures, including Stage, Amuse Wine Bar, Merriman’s Hawaii Restaurants, and now with G.Lion Hawaii, where he conceptualized and built the food and beverage operations at The Ritz-Carlton, Waikiki Beach.