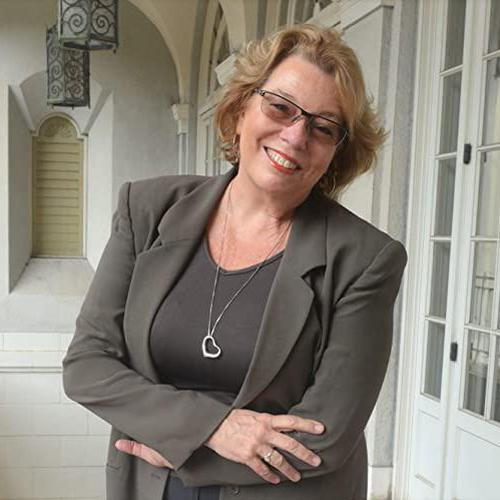 Fireside Chat: Write Your Own Story

Georja Skinner is the Chief Officer of the Creative Industries Division (CID) in the Department of Business, Economic Development & Tourism (DBEDT) where she has led the state's efforts to define, build and strengthen Hawaii's creative economy since 2007.

Seeing a gap in workforce preparation for the media and entertainment industries, she established the successful Creative Lab Hawaii Accelerator (CLH) to increase business acumen and accelerate export of creative content in music and media.

Skinner taps her longtime career in visual and literary arts, music, recording, filmmaking and sound mixing with key insights which define her passion for the community she serves.

Noteworthy credits include the opportunity to work with creators and producers of some of the legendary TV series. Under the visionary Icon Norman Lear, she worked her way up the ladder as one of the only female crew members on shows such as MARY HARTMAN, MARY HARTMAN, ALL IN THE FAMILY, THE JEFFERSONS and RETURN ENGAGEMENT for Hallmark Hall of Fame. She was sound mixer on these series and television specials and is recognized as the first female tape sound mixer in primetime network television, also garnering of the first woman to be nominated for an Emmy Award in that category.

After her shows wrapped, with her sights set on managing and producing she vacationed to Hawaii and eventually relocated here from her hometown of Hollywood, California in 1980 to the island of Maui. She is now on the 41st year of that 3-week vacation.

Being an entrepreneur herself, coupled with her industry contacts Skinner established Maui’s first PR firm, Skinner Communications in the 1980's and lead it after the company’s acquisition by Hill and Knowlton, Communications Pacific.

Opportunity to leap into a new realm of local government materialized when she applied and was hired as the County of Maui’s first Film Commissioner in 1993. From the first TV series filmed entirely on Maui, the pilot for Sony’s FANTASY ISLAND and numerous feature films, her passion to develop more skills in the workforce for the industry led to her passion to connect the world of decision makers to Hawaii’s creative media and music industries.

Since there was no film program yet at University of Hawaii, together with the County of Maui and the Maui Community College (now UH Maui College) Skinner established a partnership with USC School of Cinematic Arts which provided six weeks of USC Cinema summer training at MCC and eventually Kamehameha Schools Maui Campus evening programs with top USC faculty in Ideation, Storytelling and Animation. Many of the students are working in the industry today, and two have risen in their entertainment industry careers including Destin Daniel Cretton (SHORT TERM 12, JUST MERCY, SHANG-CHI and the LEGEND OF THE TWO RINGS) and Tiffany Taira (PIXAR) who recently returned home to Hawaii to join the leadership team at UH ACM Manoa campus program.

With experience in government and private sectors, Skinner’s ability to bring diverse communities together for an initiative or strategic vision is one of her key assets.

Today, Hawaii’s creative sectors now represent 54,000 gig workers, small businesses and entrepreneurs representing $4.1 billion to the state’s GDP in 2019. Her unwavering commitment led to filing a gap in the pipeline of creative entrepreneurial development is exhibited in the CLH Music and Media programs success. From multiple feature films, web series and major awards in media, the music placements have garnered over half a million dollars for local songwriters works in primetime TV and commercials. The program has helped Hawaii residents to elevate their craft, develop the business acumen required in to succeed in the global entertainment content industries.

On the horizon, development of infrastructure including a new multi-faceted studio complex for film and xR production as well as local IP development infrastructure CID has developed with private and public sector partners. These include Creative Spaces & Studios with the tools required for media, music, arts, and design sector to thrive.

With a focus on workforce/talent development, infrastructure and access to capital, Hawaii’s creative industries are poised to lead the state’s efforts forward in recovery and resiliency for those who have been disproportionately affected by the COVID-19 pandemic.

It’s no surprise that Skinner’s mantra is "Making the Impossible, Possible.