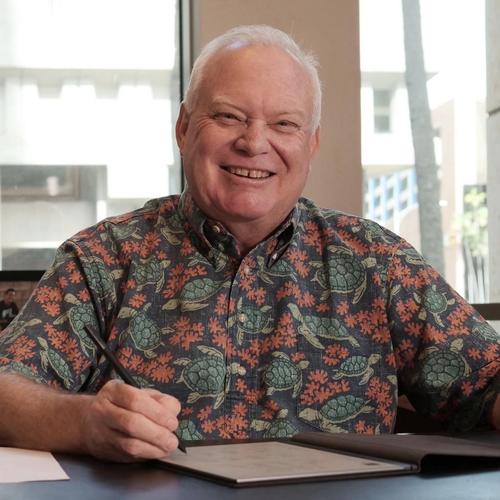 Throughout the majority of his career, Sitar has concentrated his efforts on personal and small business lending. In the early 2000, he helped develop and lead the bank’s AOAO (Association of Apartment Owners) lending initiative.

In addition to his work at First Hawaiian, Sitar spent over 22 years as a board member of Damien Memorial School, 12 of those as Board Chair. He is the founding board member of the Henry Kapono Foundation and is also active on the boards of Hale Kipa and the Hawaii Ironworkers Scholarship Golf Committee.

Residing in Hawaii since 1963, Sitar is a graduate of Damien Memorial School. He received his bachelor’s degree in business management from the University of Hawaiʻi College of Business and is an honors graduate of the Pacific Coast Banking School.