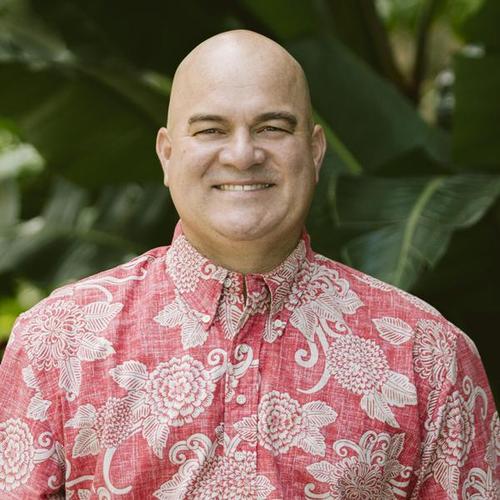 Micah A. Kāne is the CEO and President of the Hawai‘i Community Foundation (HCF) – the state’s largest and oldest Foundation that works with individuals, families, foundations, government agencies, and organizations to transform lives and improve our communities.

Prior to taking on the role in July of 2017 as the third CEO & President in HCF’s 105-year history, Micah served as its President and Chief Operating Officer. He was responsible for leading the executive team and day-to-day operations. He also served as an HCF Board of Governor for eight years before joining HCF.

His previous work experience includes serving as Chief Operating Officer of Pacific Links International responsible for operations and acquisitions of all residential and resort development in Hawai‘i. He was also the Chairman of the Hawaiian Homes Commission and the Department of Hawaiian Home Lands, a 200,000-acre native Hawaiian land trust. Micah recently served as a Trustee for the Kamehameha Schools and during this time served as Chairman for two terms. He also served as the Government Affairs Liaison for the Building Industry Association of Hawai‘i. He was raised in Hawai‘i and is a graduate of the Kamehameha Schools, Menlo College, and received his MBA from the Shidler College of Business at the University of Hawai‘i at Mānoa.

Micah currently serves as a corporate Board of Director with the Hawaiian Electric Industries.