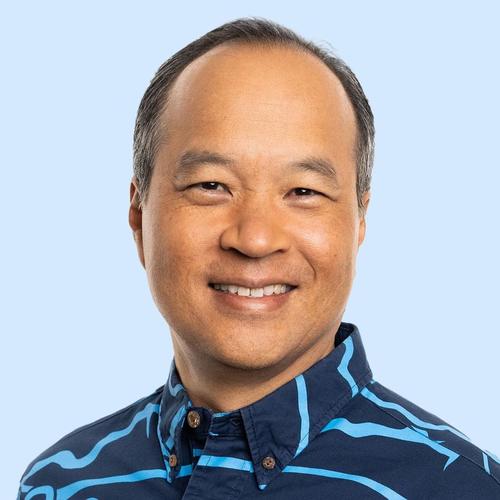 Scott Seu is president and CEO of Hawaiian Electric Industries (HEI). The HEI family of companies provides the energy and financial services that empower much of the economic and community activity of Hawai‘i.

Prior to assuming his current role in January 2022, Seu was president and CEO of Hawaiian Electric. Seu joined Hawaiian Electric in 1993 and held numerous leadership positions across the company, including in the areas of environmental management, renewable energy development, electric system operations, and government and community affairs.

Seu also worked as a mechanical and environmental engineer in California and worked abroad in China before returning home to Hawai‘i.

In addition to his work at HEI, Seu is a board member of the Electric Power Research Institute and the Edison Electric Institute. He is very active in the community, serving as board chair of Hale Kipa and as a board member of Teach for America-Hawai‘i and Partners in Development Foundation.

Born and raised in Hawai‘i, Seu is a graduate of the Kamehameha Schools. He received his Bachelor’s and Master’s degrees in mechanical engineering from Stanford University, and is a licensed mechanical engineer in the State of Hawai‘i.